Guest blogging is a great way to build internet friendships, show appreciation for other blogs and (hopefully) provide useful content to new readers. But it also brings real business benefits in terms of building profile, SEO and traffic generation. This post shows how to get the most out of guest blogging, in both the social and commercial senses. (My own guest posts are listed at the end.) 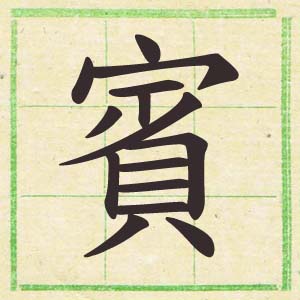 Initiatives such as Be My Guest provide an ideal platform for bloggers to approach each other. But you can also find suitable venues independently – just find a blog you like and submit a polite email to its owner, asking if you can guest on their blog.

The blog you choose needs to be relevant to your own site, and the more directly relevant the better. If you sell computer equipment, you won’t get much benefit from blogging at an angling site. The audience won’t be interested in your content, and the backlink (see below) will give you very little SEO benefit.

The ideal host blog is probably at a competitor site, since the domain is likely to be relevant to the same keywords as yours and their readership is likely to be similar to yours. But getting a guest slot with a competitor can be difficult if you don’t already know them somehow, for obvious reasons. (Build up a relationship through social media first, then ask.) So you might find it easier to target related sites that aren’t direct competitors, but still have busy and popular blogs. Look up and down the ‘food chain’, and side to side for linked niches. For example, a graphic designer could post at the blog of a web developer; a pie-maker could guest for an outlet that stocks their wares.

When you make your guest posting approach, it’s important to bear in mind the underlying transaction of guest blogging, which isn’t what it might seem at first glance.

On one level, offering to guest on someone’s blog is doing them a favour. You’re offering them free content that they would otherwise have to create themselves. You may also be offering fact, opinion or style that is different from the host’s, bringing welcome variety to their blog. If you have a high profile, or can promote your post in lots of channels, your guest post might attract more traffic than your host normally gets.

However, it’s not all one-way traffic. On another level, guesting on someone’s blog is actually an opportunity to promote yourself, enhance your profile and link back to your site. If you are a smaller fish than your host – that is, the blog you’re guesting on is very high-profile (or has a higher average PageRank than your site), then it’s actually the host who is doing you a favour by allowing you to blog.

So it’s a good idea suggest a mutual guest posting arrangement, and give your host as much flexibility as you can in terms of what you’re going to blog about, how much you’ll write and so on.

By the same token, it adds reassurance if you give them ‘final cut’ – the option to amend your guest post, ask for it to be amended or just reject it, with no hard feelings. Even with hundreds of solid gold posts on your own blog, your host can’t be sure what you’re going to give them.

To add weight to your initial approach, you might want to send your proposed guest post (or an example of one) along at the same time – with the option to request a replacement, or course.

The significance of guest posting for SEO can hardly be overstated. Most hosts will let you include a link back to your site in your guest post, perhaps in the brief author biography that accompanies your post. You can control the anchor text of that link, which is crucial. Your post title will almost certainly form all or part of the URL’s HTML page title, which is also key for SEO. And finally, you control the content of the page, since you’re writing it.

All that adds up to a brilliant way to gain a keyword-text backlink from a keyword-relevant and keyword-dense page, perhaps on a keyword-relevant domain such as a competitor’s site. In other words, the holy grail of SEO. Blogs are seriously rated by search engines because they are human-edited, content-rich, niche-specific online resources where links carry a lot of authority.

Also, blog posts get comments. Commenters do your SEO work for you, extending the content of your guest post along relevant lines and bigging up the popularity of the guest post in Google’s eyes – which, in turn, boosts the value of the backlink it contains.

Blogs that are integrated with social media through plugins like ShareThis and TweetMeme carry their own ready-made gauge of relevance and authority – which Google almost certainly uses to get another handle on how strong the page content is. If your guest post is popular in social media, that increases the link juice passed to your site by the backlink in your guest post.

Finally, your guest post might also attract backlinks itself, which also increases the value of the backlink it contains to your site – the phenomenon known as ‘link boosting’ in SEO circles. You could even build links to your guest post yourself, but keep it strictly white hat or you’ll nobble your host’s rankings – the blogging equivalent of leaving stains on the guest towel, and counterproductive for you too.

To sum up, guest blogging offers killer backlinks for modest effort, which most SEOs are desperate for. In fact, it’s practically the only way to gain such powerful links through your own proactive efforts – rather than being passively granted them, as when someone lists you in their blogroll.

The key points for SEOing your guest posts are:

What about the SEO implications of reciprocal guest posting? If you’re getting a backlink from your host, aren’t they also getting one from you? Well, yes they are, but this isn’t such a big problem. Reciprocal links between relevant sites won’t harm your standing in Google; it’s only the spammy reciprocals that get you into trouble.

Exchanging guest posts with a direct competitor can often be beneficial: you’ll both get an SEO boost relative to the competition, and just because your rival has gained doesn’t necessarily mean you’ve lost out. If they are at #15 in Google, you’re at #11 and you each rise three spots as a result of the reciprocal link, you’ll be on page one and they’ll be a step nearer to it.

If you’re worried, you could exchange guest posts with a similar player who speaks the same language but is too far away in geographical terms to compete with you.

So far, I’ve taken it for granted that your guest post will be good enough to be accepted, read and commented. But to actually achieve that, you’ll need to create some first-rate content.

You might approach guest blogging with the idea of palming off some second-rate or hastily produced content on your host. Forget it. While you can get away with ‘potboiler’ posts at your own blog – brief comments on news stories, whimsical reflections, half-formed analyses, reposting YouTube videos – it’s really not on to offer this kind of thing for publication elsewhere. Instead, you should work hard to write the best post you can for the host blog: something at least as good as the content you post yourself.

Partly, this is out of courtesy to your host, but it’s also based in enlightened self-interest. Remember, you want them to create some quality content for you in return, and/or invite you back to guest post again. But also, as I’ve explained, the SEO power of your guest post is directly related to its quality, which governs the inbound links and social-media votes it will attract.

With your own blog, you can hit and miss – blogging away weekly or even daily until you discover by trial and error what your audience will take a shine to. With guest posts, however, you’ve got just one opportunity to post some killer content at a new domain that will attract links, comments and social-media mentions. So give yourself the best chance of success.

It can feel a bit sad to ‘give away’ content you’re particularly proud of. If so, remind yourself that your premium content will probably bring you more benefit at someone else’s blog than it would at your own. That should help you get over the heartache…