Dougal was on his fourth cup of tea of the morning and reflecting on his place in life.

“Perhaps I should leave the Magic Garden,” he thought. “Set sail for pastures new.” 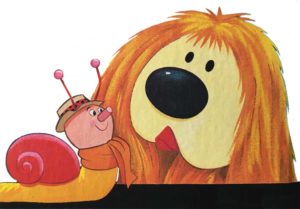 His brooding was interrupted by a cheery knock at the door.

“Is the kettle on, old sugarlump?” he asked.

“It isn’t, as a matter of fact,” sniffed Dougal.

“Might it be, do you think?” asked Brian brightly. “If the right conditions were met?”

“Come in,” said Dougal, grudgingly standing aside. “Since you’ve curtailed my cogitations, you may as well hear their conclusion.”

Dougal made more tea while Brian made himself comfortable.

“I may leave,” declared Dougal.

“Leave what?” asked Brian. “That digestive? I’ll polish it off for you, old crumb.” 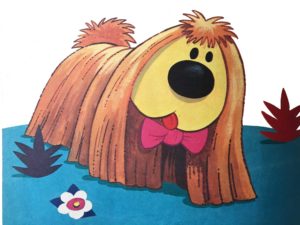 “The Magic Garden,” replied Dougal, icily. “There are many opportunities out there, you know, for a dog of my breeding.”

“I’m sure there are, my pedigree chum,” chirped Brian.

Brian’s expression did not inspire confidence, but Dougal ploughed on regardless.

“My potential is not being fulfilled,” he complained. “I wish to take back control. Become global.”

“Have you told the others?” asked Brian.

“No relocation without notification!” quipped Brian. “Let’s go and find them.”

Most of the others were at Florence’s house. She had made a delicious cake and a huge pot of tea. Dougal wondered what the tea and cake were like outside the Magic Garden. He was sure they’d be better. Why wouldn’t they be?

He cleared his throat.

“I have a Very Important Announcement,” he announced.

He waited for silence.

“I wish to leave the Magic Garden,” he said loftily.

“I mean it!’ growled Dougal, threateningly. “Don’t try and stop me!” 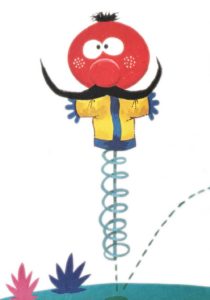 “We wouldn’t dream of it,” they said. “When are you going exactly?”

“I’m serious!” screeched Dougal, running round in a circle. “I’m going to leave the Magic Garden! For ever!!”

“So… no more rides on the Magic Roundabout for you, then?” enquired Mr Rusty, politely.

“Ah,” said Dougal. “Um. Well, there might have to be a Period of Transition. During which I’d still have full access, of course.

“We can’t have that!” cried Zebedee, arriving through the window with a boing. “It’s against the rules. If you want to ride the roundabout, you’ve got to do your bit for the Garden.” 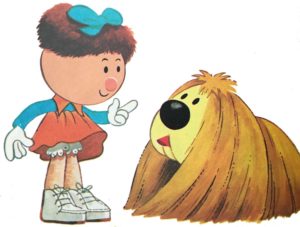 “Everyone plays their part here, Dougal,” explained Florence gently. “Mr McHenry tends the garden, Mr Rusty works the roundabout, Dylan plays music, Zebedee does magic, Ermintrude looks after us all and Brian…”—she pondered for a moment—“Brian adds character. Do you see?”

Dougal did see. He fell silent. He had an inkling what might be coming next.

“And what do you do, exactly, Dougal?” they asked.

Dougal thought for a while.

“On reflection,” he said finally, “I think I’ll remain. Any tea left?”