Recently, I’ve been running some ads on Twitter to promote my book. Generally, they attract little comment, but the other night I received these replies from Dave Humphreys. 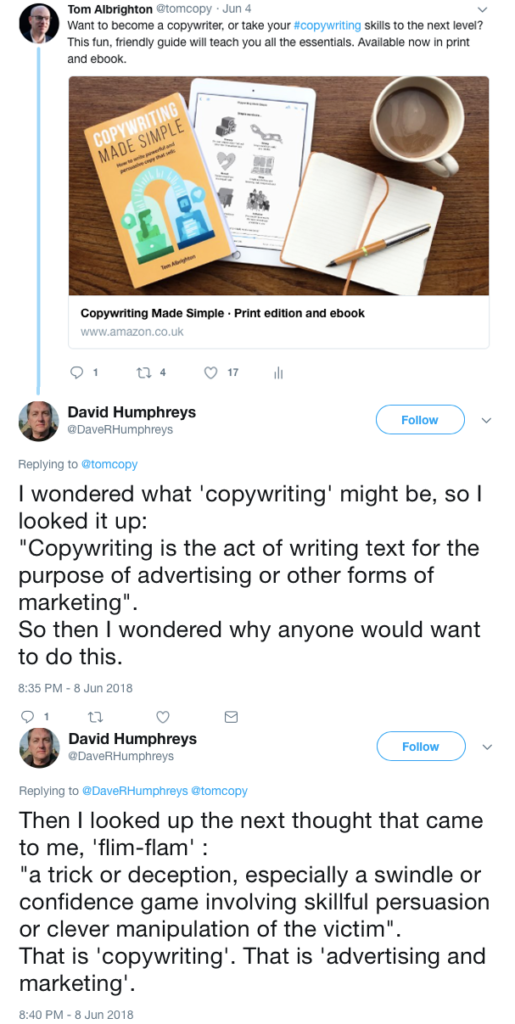 Seeing this, I felt a bit like a policeman who’d wandered into a branch of Lush. But really, I don’t blame Dave for his response. Twitter ads are intrusive, and they can be completely at odds with your views. (Although Twitter, aren’t I supposed to be targeting people who like copywriting? You better call me.)

Actually, it’s instructive for a copywriter to hear readers’ views so directly. And Dave isn’t just trolling. He hasn’t called me a smug, bald twat, or told me to fuck off and take my stupid book with me. He’s merely questioned my profession – forcefully, but legitimately.

What’s more, ‘flim-flam’ is a magnificent word. But is Dave right to apply it to copywriting? Are copywriters really just paid to lie?

Between truth and lies

Let’s assume for the moment that copywriters are omnipotent verbal sorcerers, weaving word-spells that make readers dance like puppets every time. We still can’t use outright deception to get our way.

Most clients would neither request it nor approve it. Also, I don’t think many of us would really want to lie anyway. It’s cheating, right? That’s why Vote Leave is only grudgingly acknowledged as a strong campaign: because it used blatant untruths to hammer home its message. 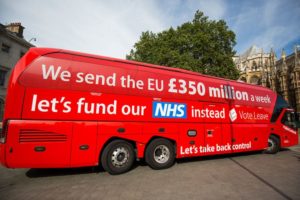 On top of that, the ASA polices false claims in advertising, plus some areas (such as medicine, nutrition and finance) have their own regulations on what can be said, and how.

At the other extreme, though, we can’t claim to give readers the unvarnished truth. When H&M launch a new range, they don’t say, ‘Here’s another batch of passable imitations of high fashion, affordably priced but not that durable.’ They make their stuff look as sexy and pacey as they possibly can.

As ever, reality is grey, not black and white. Copywriting lies somewhere between truth and lies: using words creatively and persuasively to present products in the best possible light.

You could argue that we tell ‘white lies’, like when we tell a friend they’re looking great when actually they’re a haggard, middle-aged ruin. But that’s altruism, whereas copywriters always have an ulterior motive. Whatever good (or bad) emotions we generate, we’re always looking to convert them into a response.

A world without ads

So, copywriting isn’t a ‘deception’. But is it still a ‘trick’?

Copywriters aim to make people think, feel or act in a new way. Sometimes, they can achieve something pretty major, as when Alka-Seltzer almost doubled consumption of its product with the slogan ‘Plink Plink Fizz’. But most of the time, it’s about something more prosaic: connecting people with something they might need or like, but don’t yet know about. 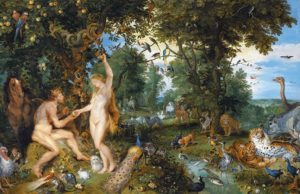 I’m not sure how things would work in Dave’s pre-lapsarian Eden, where marketing didn’t exist. Perhaps we’d go back to about 1850, when brands were few and rudimentary, and you just bought commodities in your local shop, never seeing any further.

Or perhaps we’d have a command economy, where Chairman Corbyn took Matalan and Birkenstock into public ownership and dissolved all other clothing brands.

Either way, consumers would have far less choice and control, and they’d be far more at the mercy of powerful agents, whether commercial or governmental.

My own politics are left of centre, though not as far left as Dave’s. So I have some sympathy for his position, and I’m certainly not dismissing it on capitalist or libertarian grounds. I don’t think marketing should be a dog-eat-dog free-for-all, where brands do what they will and it’s caveat emptor for the consumers. Ads should be regulated, and elected governments should set strict limits on what they can and cannot say.

Unfortunately for Dave, people have both intelligence and free will. They want the products that marketers sell, and they want to hear about them. As David Foster Wallace observed, ‘advertising is not voodoo’. We’re not magicians, or hypnotists, or blackmailers. At the end of the day, we can’t make readers do something they really don’t want to do.

Moreover, as long as we live in a democracy, it’s not for me, or Dave, or anyone else to pass judgement on what people read or watch, or what they think about it, or what they do as a result. As Clive James wrote, ‘people are not to be despised just because their dreams are cheap’.

So, yes. To the extent that readers are changed by what we write, our work is manipulation. But insofar as their dreams and desires inhere in the material world, it’s liberation.

Remember too that marketing cuts both ways. It can be used to ‘sell’ progressive ideas, not just consumer goods. Unless we want that powerful weapon to be used only by our ‘enemy’, we should embrace it and understand it, not denounce it. New ideas won’t sell themselves.

Why be a copywriter?

Perhaps all this goes some way towards answering Dave’s first point. Deftly deconstructing my question headline (covered in chapter 6), he asks why anyone would want to be a copywriter in the first place. I think there are lots of reasons, probably working in combination.

One obvious reason is that you might be good at it. The social contract works best when everyone does what they’re best at. It would be highly principled, or highly perverse, to renounce a profession in which one could excel. As the Oracle tells Neo, ‘We’re all here to do what we’re all here to do.’ 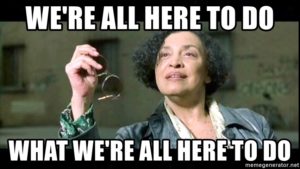 Another reason might be to make advertising better, and thereby make society better. Don’t like gauche, intrusive, retrogressive or unoriginal ads? Get in there and change the system from within. Write for good causes. Make a positive difference.

But perhaps the biggest, most important reason is love. You become a copywriter because you love how words and pictures come together to make a message that readers just can’t resist. You love the way your words go out into the world, far from your door, and touch people, making things happen even as you sleep. You love the way the very best advertising can be beautiful, intelligent and immediate, yet at the same time profoundly unknowable, like great art. And you want in.

What’s more, you know that attention is never a given. People can and will ignore your message, switch it off, throw it away, trash it online. But some won’t. And it’s the thought of those other ones, the ones who’ll read it and smile, or laugh, or even cry, and take that feeling into their lives and do something different, that keeps you going.

Because you’re a copywriter.