The principle of social proof states that people follow the lead of others who are similar to them. They look to those around them for cues on how to behave, with peers giving the most powerful cues.

The most famous examples of social proof in copywriting are headlines along the lines of ‘Ten million housewives can’t be wrong’, which position a product as the preferred choice of the majority – and therefore of the reader too. It is, of course, a non sequitur – the argumentum ad populum (‘appeal to the people’) that suggests that if lots of people believe something, it must be so. 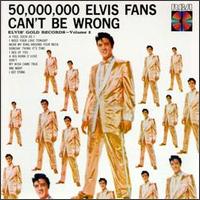 Social proof can have quite a powerful emotional sting. Recently, a door-to-door canvasser for the RSPCA told me that ‘lots of people’ in my ‘animal-loving neighbourhood’ had signed up for regular donations. The inference being that if I didn’t, I’d be some kind of animal-hating outcast.

In the examples above, the copywriter is actually imparting the information to support their position. But in the age of Web 2.0, the consumer is much more likely to go out and find such information for themselves. If customers want to know the views of their peers, they don’t have to look much further than Twitter, Facebook, Amazon, the iTunes store or any of the myriad other channels where consumers share views and information. As a result, marketing messages have less authority and may simply be disregarded.

However, there’s still room for copywriting based on social proof. Think about where your customers look for advice or guidance, and how you can emulate the tone or nature of that content. Testimonials and case studies are enduringly powerful, particularly in B2B marketing, and they allow the copywriter to shape, edit or subtly direct what is said so that it highlights the benefits of a product or service. In B2C marketing, there’s a clear trend towards using real or mock-real figures in TV advertising and elsewhere, or documentary styles, to give a sense that the reader or viewer is directly accessing the views of their peers.

As long as the information feels trustworthy, the audience will still respond – remember, many people actively desire the reassurance of running with the majority, so as long as your message is consistent and clear, it’s got a good chance of succeeding.