The other day, I asked the Twitterverse its opinion on a particuarly hackneyed phrase I was considering using in a copywriting assignment. Predictably, the reaction was equivocal. I felt unsure myself. And yet I submitted the text with the phrase intact. (The client didn’t complain.)

The phrase was ‘at your fingertips’. Few would dispute its status as a cliché. It appears in Catch-22, which was published in 1961 (‘Lieutenant Scheisskopf had the facts at his finger tips’) and was surely familiar even then. So it’s clocked up a good half-century of use in print. A Google search turns up over 10 million results. By any measure, this is a familiar figure of speech. 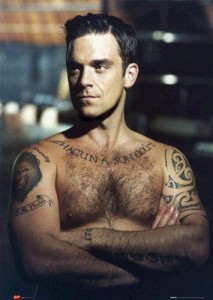 I don’t want to rock clichés. But they’re making my readers buy

I was writing about a portable electronic device, so ‘at your fingertips’ had a literal relevance (unlike Joseph Heller’s metaphorical usage). But there’s no doubt that the phrase is what George Orwell called a ‘dying metaphor’ – a worn-out figure of speech that has lost its capacity to add colour to writing. But what could I say instead? Go literal and say ‘within easy reach’ or ‘close at hand’? Or informal with ‘right there where you need it’?

The problem is that none of the alternatives carries quite the same meaning. So I can avoid the cliché, but only by sacrificing clarity. Is that really a trade-off I want to make?

The project I was working on was a B2C landing page selling stylish electronic products as Christmas gifts. Traffic was to be generated with an AdWords campaign. For my money, there were three key perspectives, all relating (naturally) to the audience rather than me or the client.

In other words, I believe the cliché was the right choice for the task at hand (or at fingertip).

As copywriters, our aim is not to express ourselves, but to serve the interests of our clients and their customers. We choose the words that bring those two groups together for mutual benefit. Creativity and originality may be appropriate means to that end. But it’s our duty to do what works, regardless of whether we like it ourselves. Copywriters are servants, not artists.

But (you object), surely creativity and originality are worthwhile in themselves? My personal answer is ‘yes’. But that’s because I’m university-educated and aesthetically sensitive (in theory at least). And the idea of ‘worth’ is a value judgement that has nothing to do with what works commercially. If I want to be creative, I should do it on my own time. (That’s one reason why this blog exists.)

Anyway, why do clichés become clichés? Because they’re so useful. Orwell exhorted his fellow journalists to comb through their text for over-familiar idioms and replace them with something newer and fresher. But this misses the point. Clichés endure because they serve a unique purpose. Like favourite cardigans, they get worn out precisely because of their appeal.

To sum up: if a cliché is the right tool for the job, the conscientious copywriter goes right ahead and uses it.