Weasel words are used to plant an idea in readers’ minds that is bigger than the actual claim being made. Working from vague, indeterminate facts (or no facts at all), you can generate perceptions that may be completely at odds with reality, without making a definite, absolute or concrete claim that could be open to challenge.

But should you do it? I’ve already made clear my own views on honesty in marketing. But needs must when the devil dances. Whether you use these techniques is up to you!

In conjunction with ‘can’ (see below), ‘help to’ positions your product or service as part of the solution to a problem without taking sole credit. For example:

Of course they can. Any food can. With the calorie-controlled approach, it’s simply a question of adding up the calories and keeping below a set target. The claim is very carefully delineated and hedged about, and is neither distinctive nor remarkable. But it lodges the idea of weight loss in the reader’s mind.

Use ‘can’ and ‘could’ for indefinite claims that you want to sound definite. For example:

While traditional fan heaters have an average lifetime of 10–15 years, the RoomHeater 32 can keep on pumping out heat for decades.

Indeed it can, if used relatively sparingly. If used incessantly, its lifetime would be much shorter. Caveat emptor!

Look again at the example above. What period does ‘decades’ actually denote? Dunno, but it sounds like ages – just as words like ‘dozens’, ‘hundreds’ and ‘thousands’ sound like big quantities.

Strictly speaking, 101 is ‘hundreds’ – it’s 1.01 hundreds, which is more than one and therefore plural. If you’re uncomfortable with that, stick to 200 and above, which is definitely more than one hundred. ‘Hundreds’ sounds bigger than ‘217’. 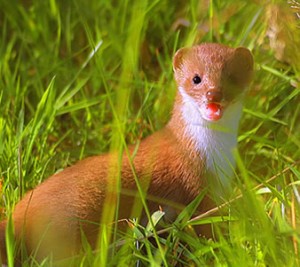 Willy was weary of being regarded as devious, purely on the basis of his species

Closely related is the word ‘fraction’, as in ‘now available at a fraction of the original price’. 99/100ths is a fraction, but your audience will think of the ones they learned at school, like 1/2, 1/3 and 1/4, which will make them think you’re offering a huge discount.

Whiter teeth. Improved search engine rankings. Increased sales. Shinier hair. Whatever it is you’re offering to do, make it relative and unquantified, not absolute and specific. That way, even the tiniest improvement fulfils the promise.

Yes, of course my copywriting will increase your sales. I guarantee it. By up to 50%.

‘Up to’ or ‘as much as’ are used when you want to quote a numerical or statistical claim, but can only substantiate it within a certain range.

For example, you might be marketing a service that gets people tax rebates. Let’s say that on average, people get rebates of around 10% of their bills, but some have received 50%. Instead of quoting the average, or the range, you can say ‘customers have received rebates of up to 50%’.

All you’re really saying is that the rebate is in the range 0%–50%, but it’s the upper number that will stick in people’s minds. Very few will infer the corollary, which is ‘some customers got nothing’.

Note that the ‘up to’ number must be honest: it may be unusual or exceptional, but it must be achievable.

Closely related to ‘up to’, ‘over’ and ‘more than’ make numbers sound larger than they are. For example, ‘over 50%’ sounds bigger than ‘51%’. When given a vague numerical range, people tend to overestimate. (If you want them to underestimate, use ‘under’ or ‘less than’.)

Watch out for using both ‘up to’ and ‘more’ together, which results in nonsense:

Here, the £50 is neither a minimum or a maximum, just an arbitrary point in a completely undefined range. Although the audience may latch on to the £50, blurring the meaning twice means more confusion rather than more impact.

For a rhetorical twist, use ‘as much as’ or ‘as little as’ to imply that the figure you’re quoting is particularly high or low. For example:

The iPhone is now available for as little as £35 per month.

This suggests that £35 is low, but with no frame of reference to substantiate the claim.

Tom Albrighton is now regarded as the best copywriter in the UK.

Sounds fantastic, doesn’t it? But who’s doing the regarding? Dave Trott, or my mum?

The use of the passive case, which omits the subject of the verb, allows you to say something is being done without specifying who’s doing it. With verbs such as ‘thought’ or ‘believed’, you can put out a claim that may be completely unsubstantiated, simply by saying that someone thinks it’s true.

You can also use abstract nouns such as ‘concerns’ (usually ‘growing’), ‘speculation’ (often ‘intense’ due to being ‘fuelled’) or ‘allegation’ (probably ‘fresh’) to generate a sense that something’s cooking without naming the chef.

This ploy is very commonly used in political journalism, often to report an ‘off the record’ sentiment from a genuine source. A typical sentence might begin ‘Critics of the Prime Minister now believe…’.

Consider the following quote from this Guardian story, which brings all the techniques together in one sentence:

The disclosures will fuel growing concern that the prince is continuing to interfere in political matters when many believe he should remain neutral if he wishes to become king.

Who is concerned, and why will the disclosures fuel their concerns? Who are the ‘many’ who believe Charles should remain neutral? What is the factual basis for saying that he might not succeed to the throne, or that his succession is conditional on his behaviour? What, actually, is being said here?

Nothing. But it sounds good.

Use words such as ‘clearly’, ‘surely’, ‘self-evidently’ to make a premise sound like a conclusion. These rhetorical words add weight to a statement that may have no basis in fact.

Surely the recession is now drawing to a close?

It may be, or it may not – you haven’t actually said either way, but readers will think you have.

The CDs entitled ‘The best rock album in the world… ever!’ and similar highlighted the useful fact that superlatives are unprovable.

What’s more, how do you define ‘leading’? Do you sell most widgets? Make most money from widgets? Or just make the best widgets? Or are you just one of the best at making widgets? It really doesn’t matter, because the only thing readers will remember is ‘leading’. They won’t be querying your definition.

If you’re still unsure about your claim, dilute it with ‘regarded as’ or something similar, or position yourself as ‘one of the leading…’. Does that mean one of the top 10? The top 100? The top 1000?

Or you could copy Carlsberg, whose addition of ‘probably’ to ‘the best lager in the world’ allowed them to float the most outrageous marketing claim of all (‘best in world’) without actually making it.