‘A long time ago in a galaxy far, far away…’

If, like me, you fondly remember being taken to the cinema to see George Lucas’ magnum opus in the late 1970s, you probably can’t read those words without a little shiver of anticipation. Appearing silently in cyan text on a black ground at the beginning of the film, they conjured up far more magic than the doughty, bisyllabic title ‘Star Wars’ ever could.

Such is the power of the tagline. Even if your company name is an emotional blank (‘IBM’), you can always bolt some words on to it to make it sing (‘I think, therefore IBM’). Provided your audience makes a lasting link between the phrase and your brand, you’ve added a new verbal and emotional ‘hook’ to your value proposition.

What is a company tagline?

A company tagline is simply a brief phrase that is closely allied with a company name or brand.

It can appear in a range of media, typically including websites, stationery, printed marketing collateral, TV advertisements and so on. Often, the tagline appears in close proximity with the company name and/or logo; in some cases it is ‘locked up’ with the logo so that graphic and phrase form a single visual unit.

Is there a difference between a slogan and a tagline? Well, in my mind, a slogan is associated with a particular product, service or marketing campaign, whereas a tagline is associated with a company or a brand. Some marketers express this distinction as ‘product tagline’ vs ‘company tagline’. So you can have several slogans or product taglines, but only one company tagline. And your slogans are likely to change more often than your company tagline, which is a key part of building equity in a brand long-term.

Every company tagline is different – or should be. (Yes, I’m looking at you, Lloyds TSB – see below.) However, there are recognisable types. Let’s look at a few of them.

These taglines simply state a fact about the company.

Whether these taglines work depends on whether the fact invoked constitutes a customer benefit. Many facts of which companies are justifiably proud don’t actually translate into benefits. For example, will I give more weight to CVG’s views on Heavy Rain because they were around to review Manic Miner? Well, I might, but someone born in 1995 probably wouldn’t – in fact, in the fast-moving games arena, being around for decades won’t necessarily establish credibility. As in other areas, longevity is a boast rather than a benefit.

These taglines aim to encapsulate what you do or who you are as a company.

In some cases, egocentric taglines can allude to a customer benefit – they offer, at some level, a promise of value. (One could argue that the P&G and Avis slogans do this.) But at other times, they’re simply corporate chest-beating (Exxon’s above being an egocentric boast par excellence). And because the best copywriting focuses on the customer, not the company, that’s probably best avoided. You want your tagline to leave at least some space for your audience to inhabit. That’s why ABC’s tagline includes the word ‘your’. Saying ‘We choose words carefully’ would be far less engaging, inviting the response ‘so what?’ 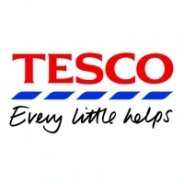 These taglines communicate a benefit that you offer to your customers.

To write a benefit tagline, you need to isolate the single most important benefit that people get when they choose your products or services. As I’ve suggested before, your selling point doesn’t have to be unique. But it does need to be compelling.

In some cases, such as Tesco above, the benefit is very loosely defined, or only alluded to tangentially. But it’s still there. The Tesco tagline positions the chain as a ‘best price’ value proposition (‘every little saving helps’) while also faintly evoking its broad service portfolio (‘every little extra service helps’).

Often, benefit taglines are written in the imperative (as with AT&T, Boots and Unearthed above) – a direct command to the reader. The unspoken postscript is ‘…by choosing our product’. AT&T aren’t suggesting that you reach out and touch someone in the queue at the chemist’s.

These taglines, increasingly popular in the post-Lovemarks marketing world, express almost nothing concrete about the company. Instead, they abstract tangible customer benefits or brand values into an emotional state or abstruse metaphor.

The most obvious problem with this kind of tagline is that conjures no benefit, and therefore creates very little ‘glue’ between the phrase and your brand. So while these taglines might be striking in the context of a particular campaign, they might not give readers a lasting, memorable reason to buy from you specifically. ‘For the journey’ might prompt me to get some kit together for my outdoor holiday, but it doesn’t give me any particular reason to choose Timberland – unless I recall the phrase and the association with that particular brand when I shop.

As these examples show, abstract taglines are the preserve of companies whose brands already have strong ‘recognition’ and ‘penetration’, in marketer-speak, and they’re looking to give them an intriguing new twist to keep them fresh in people’s minds. Multinationals have enough above-the-line spend to throw so much branding mud at the wall that some is bound to stick – but that kind of marketing muscle is beyond the reach of most middling or emerging brands.

Abstract taglines magnify the mystique and aura of ‘touching’ a major brand. If you’re a sole trader or SME, they may not be so effective: you probably won’t be able to deliver an experience that lives up to the glitz, or promote the message in mass-market ‘push’ channels like TV or outdoor advertising. A plumber who sticks a phrase like ‘For the journey’ on his promotional pens probably won’t gain any new customers as a result.

These company taglines pose a question to the reader. The question may be rhetorical, or there may be an implication that the company asking the question can somehow help with the answer.

Question taglines tread the fine line between intrigue and irritation. Generally, questioning your audience is risky because you’re asking them to think when they probably can’t be bothered. It doesn’t help if, as with Microsoft, the question you’re asking them is open, abstract and not directly related to your product. The Alpo/Capital One method is much better – ask a leading, rhetorical question that, when the natural answer is provided, implies or leads to a purchase.

You’ve probably noticed that most of the examples I’ve given so far are B2C (business-to-consumer) taglines, rather than B2B (business-to-business). That’s because creating and using a B2B tagline is a very different – and far more difficult – proposition.

B2B taglines are fundamentally unlike their B2C counterparts because the mindset of the target customer is so different. Whereas B2C brands usually seek to establish ‘soft’ emotional connotations for their products, B2B marketing is much more focused on concrete benefits. B2C brands are often trying to attract disposable, personal or leisure income to an optional purchase; B2B is about securing budgetary commitment for a carefully considered commercial project.

While some B2B brands do have emotional overtones, they’re much weaker, rarely feature in buying discussions and never constitute an overriding reason to buy. While I might spend extra cash to get a Mac rather than a Dell at home because I love the Apple brand and experience, I’m probably going to have a harder time convincing the financial director that we need them for the whole office on those grounds.

Stripping away the emotional elements of the buying decision effectively levels the playing field between B2B brands, commoditising their products to some degree. For many high-end B2B providers (i.e those likely to market themselves using a tagline), the justification for their higher prices revolves around premium quality, better service or superior RoI. Ultimately, most B2B benefits boil down to ‘make money’, ‘save money’ or ‘save time’; they’re not about the customer feeling, believing or loving anything unique.

The perennial problem in B2B marketing is that everyone else is saying the same kind of thing and invoking the same kind of benefits, obliging the B2B firm to go into detail (e.g. with testimonials or case studies) to make their case. But that type of detail is the exact opposite of a tagline, which is essentially a broad-brush, unsubstantiated statement of a brand value.

Because they can’t encapsulate differentiation, many B2B taglines end up sounding generic, bland or non-specific:

Others end up relying on copywriting clichés that do accurately describe the benefits on offer but have lost their communicative power through overuse.

The hazard here is the same as with abstract B2C taglines – you end up making a generic case for using someone like you, rather than promoting yourself uniquely. The benefits are real, and the words are the right ones to describe them, but there’s just no differentiation to be had at such a macro level. 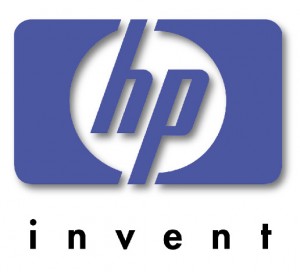 Many B2B taglines could be swapped with those of direct competitors, or even firms in other industries, with precious little effect. But you can still stand out if competitors have dissimilar taglines, or no tagline at all. Just don’t fall into the trap of using something crashingly unoriginal – see this post on the many firms who use ‘Our people make the difference’.

When I’m asked to come up with a B2B tagline, I often suggest that it should be informative rather than touchy-feely. If the brand is completely anonymous (e.g. ‘GHD Technology’) then the tagline can give the audience an insight into what’s being offered (e.g. ‘On-site PC service and repairs’).

It’s dull, but effective. The initial touchpoint for B2B brands is very often online – and when people are surfing, you need to hook them by confirming that they’ve reached the right place. If your brand doesn’t do it, the tagline should; visitors might not bother to hang around and discover exactly what kind of ‘proactive solutions’ you ‘deliver’, or in what area you’re hoping to ‘exceed expectations’.

By precisely positioning a B2B firm, the right descriptive tagline can turn an also-ran into a specialist player – perhaps even a unique one. Many service providers want to look big by claiming a ‘one stop shop’ or ‘full-service’ offering – in many cases, they’d be better off admitting their limits and turning them into selling points (see Let’s be honest).

One final thought – if you really love your tagline, why not turn it into a song? It worked for KPMG in 2001, when their corporate anthem ‘A Vision of Global Strategy’ became an explosive internet meme, albeit not really for the right reasons. Firms would kill for that kind of viral exposure today. Listen to the song here, or sign up to its Facebook appreciation group here.