In this post, copywriter Martin Williams discusses the use of the word ‘copywriter’, and whether it is coming under pressure from content mills such as Copify. He argues, passionately, that authentic, carefully developed content is the only possible basis for an effective social media campaign, which in turn drives search too. So do we need a new word to describe what ‘real’ copywriters do, as opposed to content mills?

What’s in a name?

What really got everyone’s goat about Copify was their hijacking of the term ‘copywriting’, for instance in their tagline ‘changing the way people think about copywriting’. If they’d set up as ‘content generation services’, or whatever, far fewer copywriters would have been bothered. Equating 2p-a-word content creation with the careful, considered approach of an experienced marketing, publishing or digital professional is ludicrous, and Copify were duly called out on it. 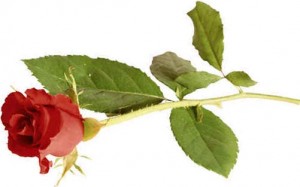 What's in a name? That which we call a rose/By any other name would smell as sweet

For my money, ‘copywriter’ still denotes the high end of the market – right up to highly experienced creatives who can charge hundreds for a single advert or slogan. There are many different types of writer under the umbrella of ‘copywriting’, but the sense of a consultancy/service rather than a by-the-yard word factory is pretty well understood – with the possible exception of ‘SEO copywriting’, which does have some connotations of cranking out the copy I think. (But that’s not to say that all SEO copywriters are content-crankers, Andrew!)

Come for the writing, stay for the thinking

It’s this consultancy/service aspect that distinguishes a ‘proper’ copywriter from a content creator. Or to put it another way, clients pay for the thinking, not just the writing. Working with a copywriter who takes the time to engage with you, your values and your character as a business is what makes the difference between getting content and being content. And it’s dispiriting to trade under a name that implies you simply churn out the words without paying much mind to the purpose of the exercise.

However, when I look at my own website, or those of other copywriters, it always strikes me that we do tend to sell ourselves short in this regard. There’s a general emphasis on ‘words’, ‘writing’, ‘content’ and so on, although the incidence of pen imagery seems to be on the decline. This rather prosaic positioning is sometimes leavened with some promise to drive sales or build brands.

We tend to push the craft of copywriting rather than its business benefits. And when we do try to force our way into the boardroom, it isn’t always convincing – perhaps because we don’t quite believe we should be in there ourselves (but that’s another story).

Let me reiterate, I include myself in this criticism. My own tagline, ‘We’ll choose your words carefully’, is typical. Why should a client care about that? What does it do for them?

If I were advising a client who was a copywriter, I’d probably exhort them to emphasise the value being added rather than the service being delivered. As with tool manufacturers who are in the business of selling holes rather than drills, it’s the ultimate benefits that sell a service, not the nuts and bolts of its delivery. Positioning as a seller of words weakens the offer and invites like-for-like comparison with low-cost providers.

Could we therefore rebrand as ‘content consultants’ or similar, just as designers might describe themselves as, say, ‘creative directors’ or ‘senior creatives’? My feeling is we could, but there might not be such a benefit to it.

First, ironically, we’d lose out on people searching the web for ‘copywriter’. Online, you can’t get away from the need to use the language your client uses, and people start from a perception that they need content, so they search for the word most closely associated with their need. (Many firms developing their websites don’t even get that far, so we should be grateful.)

Secondly, we’d lose the very important emphasis on language as the tool for marketing communication, and the positioning of ourselves as the people who can take the client all the way from concept or value proposition through to words on a page. In my experience, being the person who ‘gets’ a company and can express its values in writing is a pretty good position to be in. I wouldn’t want a title that made me sound like an expensive luxury.

So, in summary, while it’s probably worth talking about the high-end stuff we can do, I think we need to keep our feet on the ground.

What the future holds

I personally think that the market will sort itself out. ‘Content’ and ‘copy’, for want of better words, will diverge more and more as clients become more literate, and there will actually be less need to differentiate, not more.

Those who just want content will get it. Those who want something better, and try to get it from a Copify, will change their approach. Those who think they just need something written will soon realise, from working with a professional, that they’re not just delegating an admin-level task that they could just as easily handle in-house. And those who appreciate the value of a true copywriter won’t be going anywhere.