As you’re probably aware, Gap had a little trouble with its new logo this week. (If not, read this to get up to speed.)

What actually happened? First, Gap launched their new logo. It had some text and a blue box, rather like the old one. 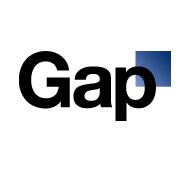 Then, some people went on Twitter and Facebook to talk about it – negatively. Since those channels are rich in chippy design and marketing professionals, including many who weren’t asked to work on the Gap logo, their views were expressed in a vivid, trenchant and (some would say) melodramatic way. And many others were swayed by their eloquence and moved to agree with them.

Soon, the bandwagon gathered pace – just as the bandwagon cricitising @brumplum for saying Stephen Fry was boring did. It’s easy to retweet – easier than deciding for yourself whether a logo is any good. Twitter has the power to generate torrents of ‘me too’ sentiment, for both good causes and bad. Honestly, did all those who turned their avatar green really care about Iran before their friends tweeted about it?

Did ‘everyone’ hate the Gap logo? No, they didn’t. A vocal minority did, and their views carried all before them. Reason and balance were forgotten; the mob was on the march. But I’m sure many people quite liked the logo, or were indifferent – they either didn’t bother to express an opinion, or their views were lost in the stampede because they weren’t as much fun as poking fun at Gap. Or, of course, they were unaware of the whole affair because their world didn’t revolve around social media.

Social media vs the real world

Social media is not the world. It’s not even a microcosm of the world. It represents the views of a particular section of society – mostly young, tech-savvy, opinionated. For some brands – possibly including Gap – social media may be a good window on real-world opinion. For others, it would provide a hopelessly skewed picture, because most people who matter simply aren’t active in the channel. But social media is very fast to react, and it shouts very loudly, and it gets reported, and marketing professionals talk about it a lot. So it’s hard for people, particularly marketers, to ignore it.

My point is that this wasn’t a New Coke moment for Gap. People weren’t deserting their shops, or throwing their clothes away. They were just slagging off their logo.

However, for better or worse, Gap decided they had to act on all this feedback. So, in a coup hailed by social-media experts as a triumph, they set up a Facebook page asking for new logo ideas.

Here’s the text that introduces the page:

Thanks for everyone’s input on the new logo! We’ve had the same logo for 20+ years, and this is just one of the things we’re changing. We know this logo created a lot of buzz and we’re thrilled to see passionate debates unfolding! So much so we’re asking you to share your designs. We love our version, but we’d like to see other ideas. Stay tuned for details in the next few days on this crowd sourcing project.

Presumably, Gap were advised (by social media experts) that the answer to their social-media problem was more social media. Hence this initiative and the wretchedly upbeat, chirpy tone. It’s like buying a Fanta for someone who’s just punched you in the face.

The key sentence is the pitifully bet-hedging ‘We love our version, but we’d like to see other ideas’.

No, Gap. No. That way madness lies.

If you take a decision to update an iconic brand that’s been around for decades, and which nobody (as far as I know) thought was broken, you’re going to get some flak. You’re going to need the courage of your convictions, if you believe you’re right. And you’re going to have to show some steel in backing the ideas of the (presumably very expensive) agency you asked to update your brand.

The most perplexing clients I work with are those who pay me to write something, then rewrite it themselves before they use it. I can only presume that Gap’s agency are feeling similarly mystified. Having spent many hours producing their best solution for Gap, they’ve seen it chucked out in favour of whatever anyone else can come up with. Why buy a dog and bark yourself – and why pay for expert advice only to throw it away?

There are so many questions. Why pay for experts if amateurs can do better? Why not do crowdsourcing first, if it’s so great? Do Gap endorse working on spec? How will they decide that the new version is better, having already decided to launch their agency’s logo? How will Gap pay for it, if at all? How will they justify the wasted money on the old logo? Will the old logo be discarded and suppressed, even though Gap avowedly ‘love’ it? How will it be described, having been loved and then unloved? What if people flame the new logo as well, perpetuating the whole sorry tale? And will any agency ever want to work for Gap again?

The simple truth is that Gap shouldn’t be caving in to the social-media mob. As Henry Ford said, ‘If I had asked people what they wanted, they would have said “faster horses”’. For the most visionary entrepreneurs and marketers, there’s no ‘but’ after ‘We love our version’. They go with their gut, for better or worse. One person’s inspiration and commitment is better than the crowd’s throwaway, half-formed, nothing-to-lose ideas.

It would have taken a tough company to weather the storm. But that stance would surely get more respect from consumers than cravenly asking them what they might like, in response to feedback that’s probably not even representative.