It’s been ages since I dropped a really shameless list post – and also ages since I heard any decent social-media neologisms. So I’m scratching both of those itches with this compilation of hitherto unnamed Twitter phenomena. Please RT!

Brazenly asking for a retweet in an overly upfront or premature manner – for example, in a Tweet linking to an article that your followers can’t possibly have read yet, or in the introduction to a blog post.

The complaint suffered by those whose Twitter feeds are infuriatingly jam-packed with observations on a TV programme they are not watching. ‘The Voice was on, so I had a bad case of talentshow timeline.’ 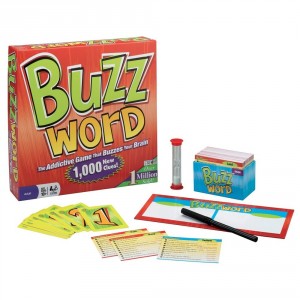 The sense of disquiet and guilt generated by joining, and then not using, a social-media site (other than Twitter).

I’ve had this creeping unease about Facebook for years on a purely social level. More recently, my dutiful signup to Google+ has intensified it, but with more of a work focus. As a long-term unterzeichnensangst sufferer, I obviously won’t be joining Pinterest.

This magnificent Teutonic compound was suggested by Chris Atherton (@finiteattention). It translates roughly as ‘subscription anxiety’.

Chancing upon a raging Twitter argument in full cry and nosily clicking back through both sides’ Tweets to see what’s been said, or how it started.

For some reason, Twitter never seems to display the whole conversation in the way I’d like, or expect. However, one thing that’s always very clear is that while Twitter is the perfect medium for starting an argument, it’s the worst possible one for pursuing it.

The excruciating anguish of watching two or more Tweeters you otherwise respect going at it hammer and tongs over something utterly trivial. (In terms of its emotional content, it’s the converse of bitchcombing.)

As with pub fights, you can always step in to try and break it up, but only at the risk of being pulled in yourself.

The Victorians coined the term ‘staircase wit’ to describe those priceless bons mots that only occurred to a gentleman when he’d already left the drawing-room and was halfway down the stairs.

For the social-media generation, the equivalent is the obsoltweet – a Tweet that’s missed its trending topic by a fatal hour or two, but whose author still feels compelled to post it.

Micromanaging your bio to get every last drop of juice out of those 140 characters.

Microbiologists cram in a career summary, a clutch of hobbies (two or three serious and worthy, one self-deprecatingly wacky), four or five popular hashtags, their personal philosophy and a disclaimer along the lines of ‘RTs do not necessarily imply endorsement’.

A hashtag that someone tries to establish for purely self-centred and/or commercial reasons, rather than to create a strand of content that might actually be useful or interesting to someone else.

Users pile on the hashtagony when they deploy a ludicrous pile-up of idiosyncratic hashtags to comment on their tweet. #toomanyhashtags #cantreadwordswhentheyrestucktogether #notreallythatfunny

Interaction Man uses his Eagle Eyes to scan the Interactions page constantly for any signs of allied manoeuvres. RTs, @ messages, follows, favourites, or really anything at all that will stroke his ego and reassure him that his one-way mission to win peer approval hasn’t been in vain. His battle-weary heart leaps when he sees a movement on the horizon – but no, he’s been followed by a pornbot.

Susan P (@downatheel) suggested this word for a short-lived outcry, such as those over Jan Moir or Samantha Brick, that’s forgotten the next day (if not before).

Twitchunts are becoming an almost daily occurrence now, to the point where they’re arguably damaging the Twitter experience. As I’ve noted before, the nature of the medium makes it very easy for torrents of me-too sentiment to gather mass and momentum very quickly. The results aren’t always particularly edifying, no matter how ‘deserving’ the target.

The icing on the cake is the lame reporting of the ‘backlash’ or ‘controversy’ on mainstream news sites, complete with quoted Tweets standing in for vox-pop interviews. For maximum self-referential irony, follow a link from Twitter to read the coverage.