Just before Christmas, I enjoyed this post at the Wordtree blog, where Liz Doig tells of a client who allocated five times as much budget to design as to copywriting. It got me thinking about the reasons why copywriting sometimes ends up in that position.

This isn’t a pity-me lament, nor a clients-from-hell rant. I just want to explore this phenomenon (I won’t even call it a problem) and what, if anything, copywriters can do about it.

Late to the party

Marketing needs both design and copy. But copy is more fundamental, because it’s about substance: what you want to say, as well as how you want to say it.

The word comes first, then the visual.

That doesn’t mean copy is ‘better than’ design. Just that it’s logical to think about it first. And that holds true no matter how much design comes to dominate the process – or the budget – later on.

Some clients fully appreciate the primacy of language, so they get the text sorted out before anything else. Copywriters love them. So do designers, because a ‘copy first’ project generally unfolds with preternatural ease, like a childhood dream of flight. 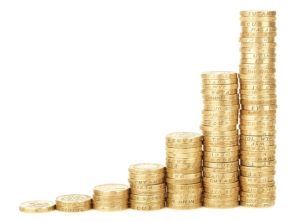 Sometimes, though, copy shuffles awkwardly on stage at the end of Act IV, waiting for its prompt. By that point, the budget may already have been set as an unexpandable ‘fixed pie’, leaving the copywriter with a sliver rather than a wodge. More seriously for the client, many issues will have been resolved that would have really benefited from a writer’s input.

Why don’t clients get a writer in sooner? Maybe because they expect to do that job themselves (see below), at least initially. Or, if they’re less familiar with their target medium, it may be because design feels closer to the final product somehow, so they gravitate in that direction. If I want a house built, I might go straight to a builder, even though what I really need first is an architect.

Does that make copy an ‘afterthought’? Well, in these Difficult Economic Times, we should probably be grateful clients are thinking about it at all. As marketers, it’s our job to fit in with the customer’s buying journey, not fight with it. We are where we are, and if we’re late to the party, all we can do is add value however we can – and suggest an earlier approach next time.

Unless they’re marketers themselves, few clients will spend much time thinking about graphic layout, user experience or online functionality. Even fewer will use Github, Photoshop or InDesign. So there’s a robust technical and vocational barrier to entry around design disciplines, preserving their separation and mystique. Practitioners can choose to cultivate that barrier, or play it down, but it’s there.

In contrast, everybody writes, every day, using the same tools as Dave Trott or J.K. Rowling. And whoever writes, the output is a basic text document like any other. So the only thing upholding the copywriter’s specialness is the client’s perception of their art – which may be hazy, particularly early on.

As Liz notes in her piece, it can be irritating when people portray their need for copywriting as a problem of resources (‘we don’t have time’) rather than one of capability (‘we can’t do this’). That positions the copywriter as a mere channel of delegation, and implies that pretty much anyone could do the job. But again, I think this view is a point in a journey rather than a point of principle.

For example, I used to do my own painting. Later on, when I was busier, I ‘delegated’ it to a decorator. Before the gloss was even dry on the doorframes, I could see the clear quality argument for using a professional. However much time I put into painting, the results would still be rubbish. So I duly hung up my brushes.

As this story suggests, it’s often better if clients do give it a go, because they are rarely 100% happy with what they produce, and often realise that they do need outside help. What’s more, their work can be a valuable starting point, whether instructive or cautionary. Contrast that with my slapdash paintwork, which lacked all merit and hung around for years, confronting me in mute reproach, until we moved away.

Copy is a fait accompli

Not only are the tools of writing more universal, but the process they support can seem obscure and insubstantial too.

Working with a designer or developer can be a bit like watching Masterchef. There are so many milestones at which they can show what they’ve done so far: mood boards, wireframes, functional demos, colour ways, logo options, brand books, sample pages. Each stage generates another meaty deliverable that beefs up the perception of value.

The copywriter, on the other hand, simply serves up the finished dish. As a writer, you’re usually aiming to hit the target first time. For sure, you expect feedback, and may have queries yourself, but essentially your text is good to go. You might do a sample of a larger project first, to confirm the style, but that’s more of a polished fragment than a half-formed pot.

As a result, the grunt of writing is largely hidden. You take the brief, work your alchemy in seclusion, and reappear with the copy. All the experimentation, refinement, rejection and selection happens in your head, or at your desk. And this disparity can make copywriting look somehow smaller and less substantial than design.

You can combat this by adding some visual zing. For example, you can ask an art director to mock up your ad concept, or present your taglines in a colourful PDF or PowerPoint. The risk, of course, is that the visuals merely distract from your copy, or even take root as a viable design idea, enraging the actual designer on the job (which you would never want, of course).

The design/copy imbalance also has a knock-on effect on scheduling. While each design deliverable can occupy another stage on the project’s critical path, adding up to eons for the designers to do their thing, copywriting can end up as single-stage task, scrunched into a ridiculous two-day window just before launch.

However, this also indicates the solution: break down the work into chunks and charge/schedule accordingly. Briefing is a thing. Research is a thing. Interviewing is a thing. Writing is a thing, as is rewriting. Even thinking, to which we will now turn, can be a thing.

Rory Sutherland’s keynote at the PCN Conference was entitled ‘Behavioural economics, or what copywriters have always known but sometimes found hard to explain’.

As Rory’s talk amply demonstrated, language is by far the most powerful way to ‘nudge’ people towards particular actions. Copywriters choose the words that get the results marketers want. And they put a lot of thought into it.

However, that isn’t always obvious from the way copywriters work, or talk about their work. All the client sees is the finished copy; the thought behind them stays backstage, only made explicit under challenge. Even the writer themselves may be only half-conscious of the full complexity of their work, since they create it intuitively and instinctively, as poets and songwriters do.

As I’ve noted, the designer has many ways to manifest their thinking process, the copywriter precious few. For jobbing writers like me, it’s hard to see how it could be any other way without putting up a ludicrous wall of bluster around the work. For example, you could pen a worthy preamble outlining your strategy, or fussily comment things like ‘This overcomes the price objection’ or ‘This evokes the experience of using the product’.

Clearly, that would be protesting too much, particularly on smaller jobs. And, being ruthlessly pragmatic, it might just put more obstacles in the way of that elusive copy approval. The client doesn’t need to know what’s going on under the bonnet to drive the car.

Earlier on, however, there are probably ways to conduct the briefing that can do a similar job. A question on customer personae here, an observation on psychology there – through such deft verbal gestures, the copywriter can hint at their craft without labouring the point.

There is another way I use to foreground my thought processes, and you’re looking at it right now. By blogging about copywriting, I drag my previously unexamined thinking into the light, as much for myself as for anyone else. In fact, that internal clarity is worth the admission price alone.

Unbelievably, though, people do read this stuff. Articles I thought were utterly tumbleweed have been avidly devoured by prospects who liked what they saw and wanted copy based in the same ideas. Sometimes, clients read dozens of posts before they get in touch, giving them a window on my psyche that can be frankly disconcerting.

But I’m not complaining. It’s great to know that they appreciate how much of what I do isn’t copywriting at all. It’s copythinking.