This presentation by Martin Weigel vividly explains the real challenge marketers face: not winning people’s love, but getting their attention. It’s 100 slides, but only takes a few minutes to view.

The conquest of indifference from Martin Weigel

I hesitate to add anything to such a brilliant piece of work, but I think Martin could have made one more point. Yes, there’s a yawning chasm between what marketers and consumers think about brands. But although Martin contrasts those two groups for rhetorical effect, they’re not really that different.

‘Marketer’ and ‘consumer’ are just hats we wear. All marketers are consumers: they have to clean their teeth and insure their cars the same as everybody. And these days, when everyone’s creating content and managing social profiles, you could also argue that all consumers are marketers too.

Look to your own experience.

The antidote to delusion is reality. And the best way to bridge the gap between branding delusion and consumer reality is to look at the realest thing there is: your own experience.

Do you really have strong feelings about many brands? Because I don’t.

I buy clothes from Gap because their jeans fit me and I can go in the shop without feeling too much like mutton dressed as lamb. I drink Beck’s all the time, even though I know craft beers taste better, because I can’t face researching which ones I like (or becoming an ale bore). 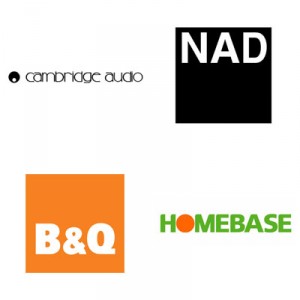 When buying homewares, I constantly confuse Homebase and B&Q, which have branches quite close together near my home. In my mind they are both ‘orange’ (even though Homebase is mostly green). I sometimes drive to what I think is Homebase, only to realise on arrival that it’s actually B&Q, or vice versa.

Meanwhile my partner, who usually shops for food, has loyalty of less than zero and chooses between Waitrose, Sainsbury’s, Tesco, Morrison’s and Aldi based on obscure, possibly random criteria.

People don’t have time for this stuff.

As you can see, emotion doesn’t really figure. Inertia is far more powerful, with convenience running it a close second. While an over-zealous marketer somewhere may interpret that as ‘loyalty’, it’s really much closer to tiredness and not really giving that much of a toss either way.

With barely enough bandwidth to take care of everyday life, I’m hardly on the lookout for new ways to engage with brands. In fact, I want the exact opposite: the road of least resistance to getting my needs met. And that doesn’t include playing a branded game on Facebook or uploading a lame selfie of me using a product.

Maybe younger consumers do have the time and inclination for all that, but since they also have less disposable income, that’s hardly a powerful argument.

For me, the acid test is whether I would enthusiastically tell a friend about a brand, as opposed to a product (insofar as they can be separated). And the only brand that really passes that test is Apple.

The problem is, Apple is a one-off. It’s the exception to every rule and not a brand others can realistically hope to emulate.

And even with Apple, the experience came first, the feelings later.  While undeniably beautiful and seductive, Apple stuff simply lets me work, play and run my life with less resistance than anybody else’s. I’m loyal, but partly to save a load of exhausting research every time I buy a gadget, or the hassle of breaking out of Apple’s walled garden. And if the brand stopped delivering, that could change.

The only time I can remember consciously choosing a brand rather than a product was when I bought my first (and indeed only) hi-fi separates. Correctly intuiting a total lack of product knowledge on my part, the salesman steered me towards Cambridge Audio, the go-to brand for entry-level noobs like me. But I didn’t like the 70s naffness of Cambridge’s brand (see image, and it was even worse in the 90s), preferring the clean Helvetica and warm grey of NAD. And that determined my choice. So for me, the brand only came into play when I had absolutely nothing else to go on.

Advertising is more honest than engagement.

It’s well established that we don’t buy stuff for purely rational reasons. But that doesn’t mean we buy for purely emotional reasons either. We buy for a shifting mish-mash of reasons so amorphous and chaotic that they’re barely worthy of the name. We buy for reasons that we probably never articulate, even internally (until a researcher asks us about them, at which point we make something up to avoid looking stupid). We buy impulsively, lazily, randomly.  To the extent that we do think, we think about ourselves and our lives much more than the brands we buy.

Unfortunately, the second we step into the office, we expect others to act in a completely different way. Suddenly we’re ‘marketers’ – and our job is to target remote ‘consumers’ with a load of clever button-pushing, rhetorical tricks and cheap gimmicks that we hope will somehow inspire deep emotion, as if people were eagerly waiting to hear what we had to say.

Maybe it would be more honest just to ask for the sale. A traditional ad is transparent and upfront, offering a straightforward transaction of benefits for money. It’s a peer-to-peer, adult-to-adult communication. In contrast, trying to tweak the buyer’s heartstrings while obscuring your true motive is profoundly cynical.

All of this is self-evident when we look at our own lives, but it somehow gets obscured by theory and groupthink in a professional environment. It’s something we all need to get back to. As Darth Vader said, ‘Search your feelings. You know it to be true.’