Yes, Generation X read your article on how to market to millennials. In fact, it was the fifth such article Generation X had read this week, and the 547th it had read since 2010. Generation X is starting to wonder why millennials are getting all the attention. And who are they anyway?

Generation X wants you to know that it was shallow and self-regarding once too – so much so that it wrote books about itself, and made films. Like you, Generation X loved nice pizza and hated queueing (who doesn’t, right?). And it had an attention span so short it would have shamed a gnat hepped up on tartrazine. It just didn’t post every thought and word about it online, that’s all.

One thing that blows my mind about ‘millennials’ is their entire adult lives are documented online. Almost nothing remains of my life at 18 — Tom Albrighton (@tomcopy) May 19, 2016

Generation X is actually a thing

Now, Generation X wants some of that big, warm marketing love for itself. But who is Generation X anyway? Does it even exist?

Forget all those infographics that show you the characteristics of each generation. Here’s my definitive guide. pic.twitter.com/hkVKk7cCUu — Ryan Wallman (@Dr_Draper) July 12, 2016

A group only looks homogenous when you’re outside it. Like, so far outside it that everyone inside it looks alike, and you end up latching on to some eye-catching but probably irrelevant detail, like an emoji or a selfie stick, and turning your customer into a caricature instead of a person.

So if you’re marketing to Generation X as a group – or millennials, or boomers – you’re basically admitting you haven’t yet got close enough to them. Maybe you’ve honestly done the best you can. Or, being less charitable, maybe you’re too lazy to think about what they’ve really got in common, beyond birth years with the same third digit.

@tomcopy I’M a millennial. I don’t think I need anything so special it requires a certain skillset. So confusing. — Honor Clement-Hayes (@mutatedmusings) May 19, 2016

Generation X likes dance music and hates clubs. It likes eating out and staying in. It says tomayto and tomahto. In other words, like every generation, Generation X isn’t one person.

And yet. There is something about Generation X that makes it different from millennials, or from its parents. It’s not an off-the-peg persona, but an an unspoken truth, a way of seeing, a shadow of a shared life. You may not be able to touch it, or even describe it, but it’s there.

Generation X might be buying the exact same product as you. It might even be buying it for reasons that are, on the face of it, exactly the same as yours. But the way it thinks and feels about that purchase might still flow from culture, memory and experience unique to Generation X.

And even if that collective unconscious is imaginary, it’s still real enough for you to sell to. If you do it right. Shall we begin?

Generation X is getting too old for this shit

Generation X is tired. Really tired. A few years back, Generation X surrendered its energy to its kids and/or job – just for a while, or so it thought. Then it woke up at 40 and realised the game wasn’t snakes and ladders, but chess.

These days, Generation X isn’t sure it could be bothered to do whatever it would rather be doing. It doesn’t even like the stuff that it likes. Its circle of friends, once a big top, has become a paddling pool.

Generation X is suffering from cognitive fatigue. It remembers three TV channels, and now there are 300, crammed full of celebrities it’s never heard of. Generation X remembers walking to the record shop rather than opening the laptop and clicking away before the track’s even finished. Believe it or not, Generation X used to use a manual typewriter, not as an ironic hipster gesture, but because it was neater than longhand.

Generation X knows the world is brave and new. And yet its heart is weary.

That’s why you don’t read many listicles about what Generation X ‘likes’ or ‘wants’. You can’t get much of a listicle out of sitting down, drinking a tea and staring out the window.

Generation X resents your pitiful attempts to engage it

Generation X has neither the time nor the inclination to download your app, play your gamified game or read your brand story. For Generation X, apps are in-poo entertainment at best, while stories and games are things it tries to get through by 8pm so the drinking can start. Frankly, Generation X’s head has enough unbranded crap in it already. 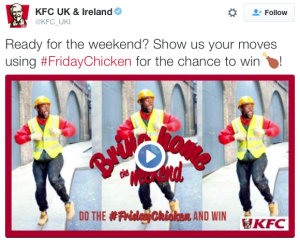 Imagine demeaning yourself so profoundly just for fried chicken

Generation X is loyal to your brand not out of love, but inertia. If it tries new products, it does so on random impulse, desultorily affirming its free will. At the end of the day, Generation X simply doesn’t give that much of a toss.

That’s why it’s not going to tell you its favourite anything, create its own whatever or share its experience of blah. Believe it or not, Generation X once dreamed of making a living from [insert artform here], and it’s damned if it’s going to squander its last precious drops of creativity reviewing a B&B.

Generation X is tired of you co-opting its nostalgia

Today’s guilty pleasures were once innocent. Like every generation, Generation X harbours a fierce devotion to the music of its youth. Casting its jaded eye over the cultural landscape, Generation X might permit itself a wry smile at the durability of songs once derided as irredeemably plastic and ephemeral. But that hardly mitigates its dismay at seeing them cruelly reanimated for laughs in your ad.

Tread softly through that 80s ‘school disco’ compilation, for you tread on Generation X’s dreams.

Generation X would rather not believe the clothes maketh the man

Generation X has sold out, and it knows it. Back in the 90s, the script said Generation X would transcend the self-centredness of its ancestors. Reluctant to mature, suspicious of certainty, intellectually honest and culturally mercurial, Generation X would nimbly skirt the materialistic trap that ensnared its parents. 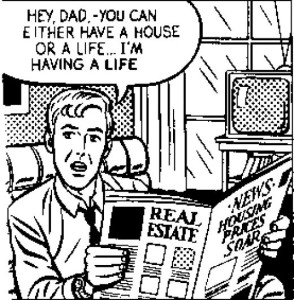 It didn’t quite work out that way. Generation X now finds itself with a mortgage, a car and a Yeti-sized carbon footprint. In fact, Generation X has realised that the only people who end up without a house are the ones who simply can’t afford one. Sometimes, Generation X envies the millennials that enforced rootlessness. But then it fires up the woodburner, pours the wine and thinks again.

Generation X knows well the ‘dread / that how we live measures our own nature’. It doesn’t want to be defined by the things it buys, the roles it plays or even the things it does. It refuses to see itself as a stereotype, even while it’s doing exactly what it says on the tin.

Generation X’s soul lives elsewhere, living an imagined life. Everything else is just tasks to be done. But Generation X still doesn’t like to think the die is cast. It wants to believe that something different is still out there, waiting to be experienced. That there is, after all, something new under the sun.

Despite all this, Generation X would like you to sell it something

So why would you bother with this awkward, hard-to-please critter? Well, one reason is that despite the dotcom boom and the housing crash, Generation X is doing all right for itself. Simply by stubbornly staying around, it’s scraped together some cash. And it’s willing to spend it on things that bring it pleasure, or save it time.

@mutatedmusings @tomcopy I’m a ‘millennial’ and I’m confused that marketing agencies seem to think I have endless money when I have about 2p — Krystina Nellis (@flyingnelly) May 19, 2016